TelemetryTV tests a specific set of Android devices to ensure compatibility. If you don't use one of these devices then you’ll need to do your own testing. Given that Android varies widely in quality you will be taking the risk for the functionality, stability, performance and compatibility.

Therefore we strongly suggest you use a recommended device unless you have a good reason otherwise.

Picking Your Own Device

The minimum RAM is 2GB but we strongly recommend using a device with 4GB as we find with more complex playlists that they are more stable. A minimum of 16GB of storage is recommended. Devices with good cooling (metal cases) are better as well. Be aware of varying WiFi quality for different devices as various devices can have difficulty.

🚨 Android 10 and later have eliminated a key method that allows apps to automatically start after the device boots.

Therefore you should be aware that TelemetryTV may not start on boot on these devices unless they also allow you to set the launcher to be the TelemetryTV app. Many devices do not allow changing the launcher so you must be aware of these limitations when picking a newer device. Therefore only deploy on Android 10 or later when you are able to set the default Launcher.

It’s important when using our APK install method that it requires the device to be rooted. Otherwise the Launcher APK will not be able to install and update the main Media Player APK.

Example: Rooting on an Ugoos device. 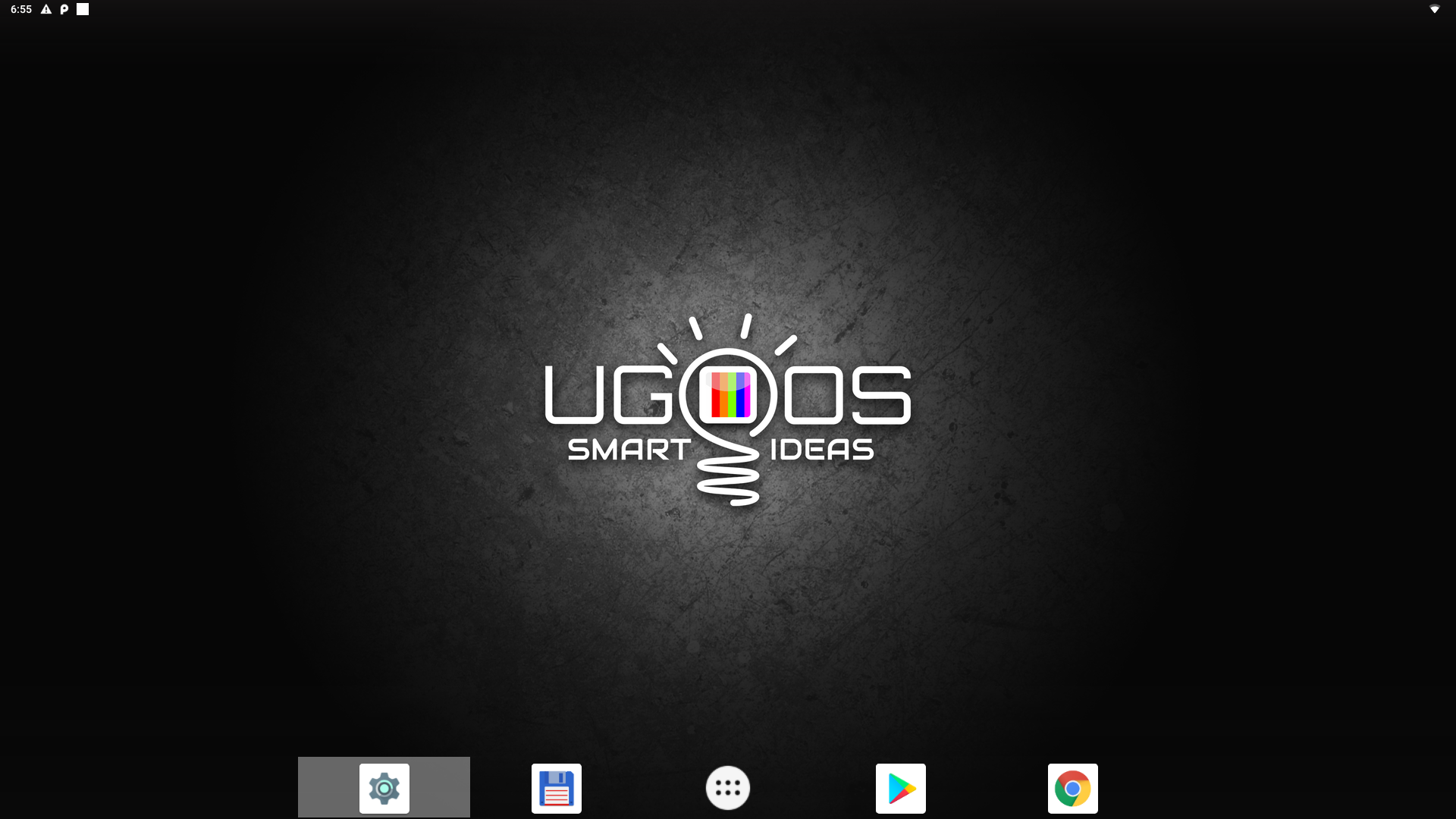 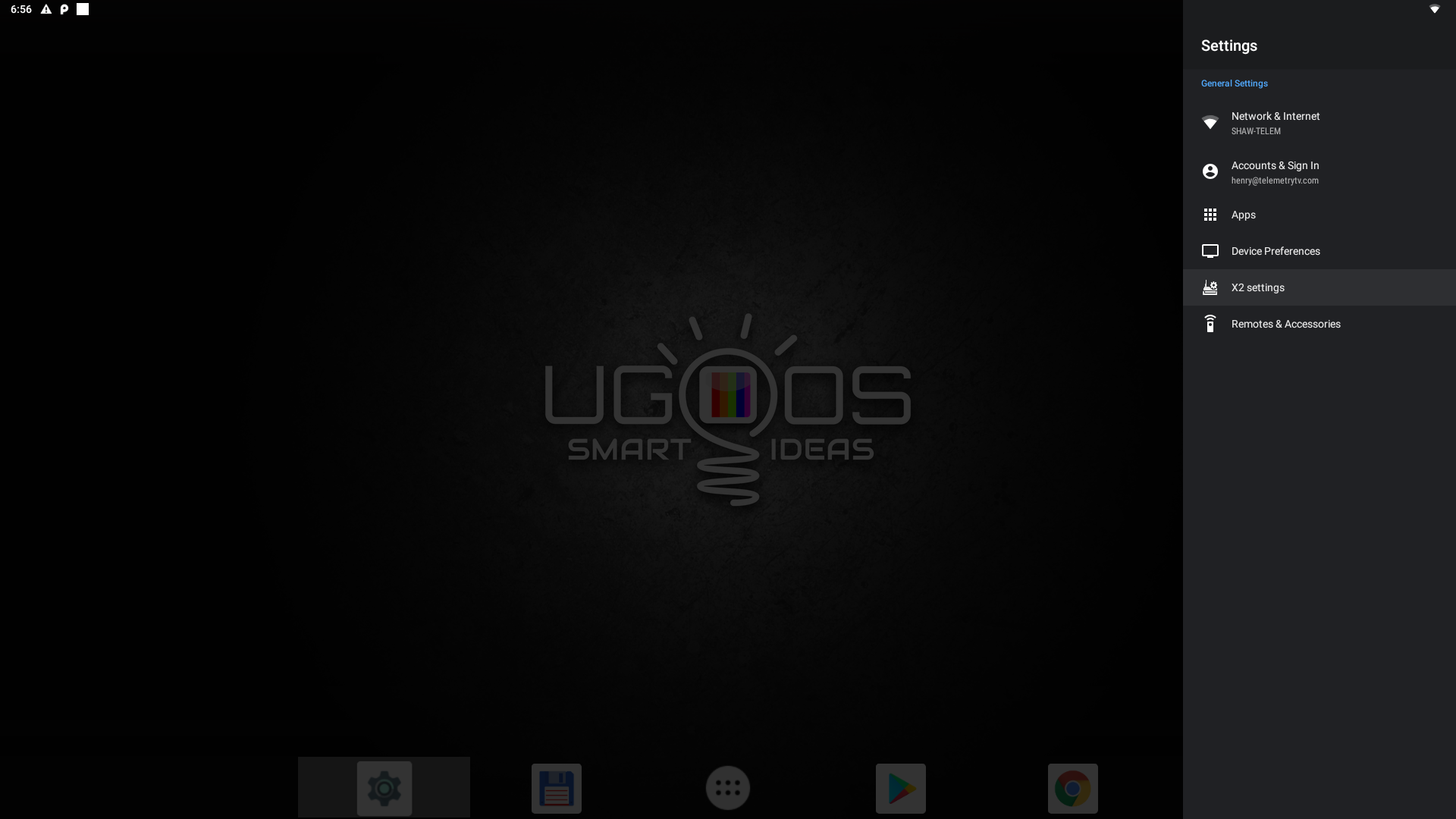 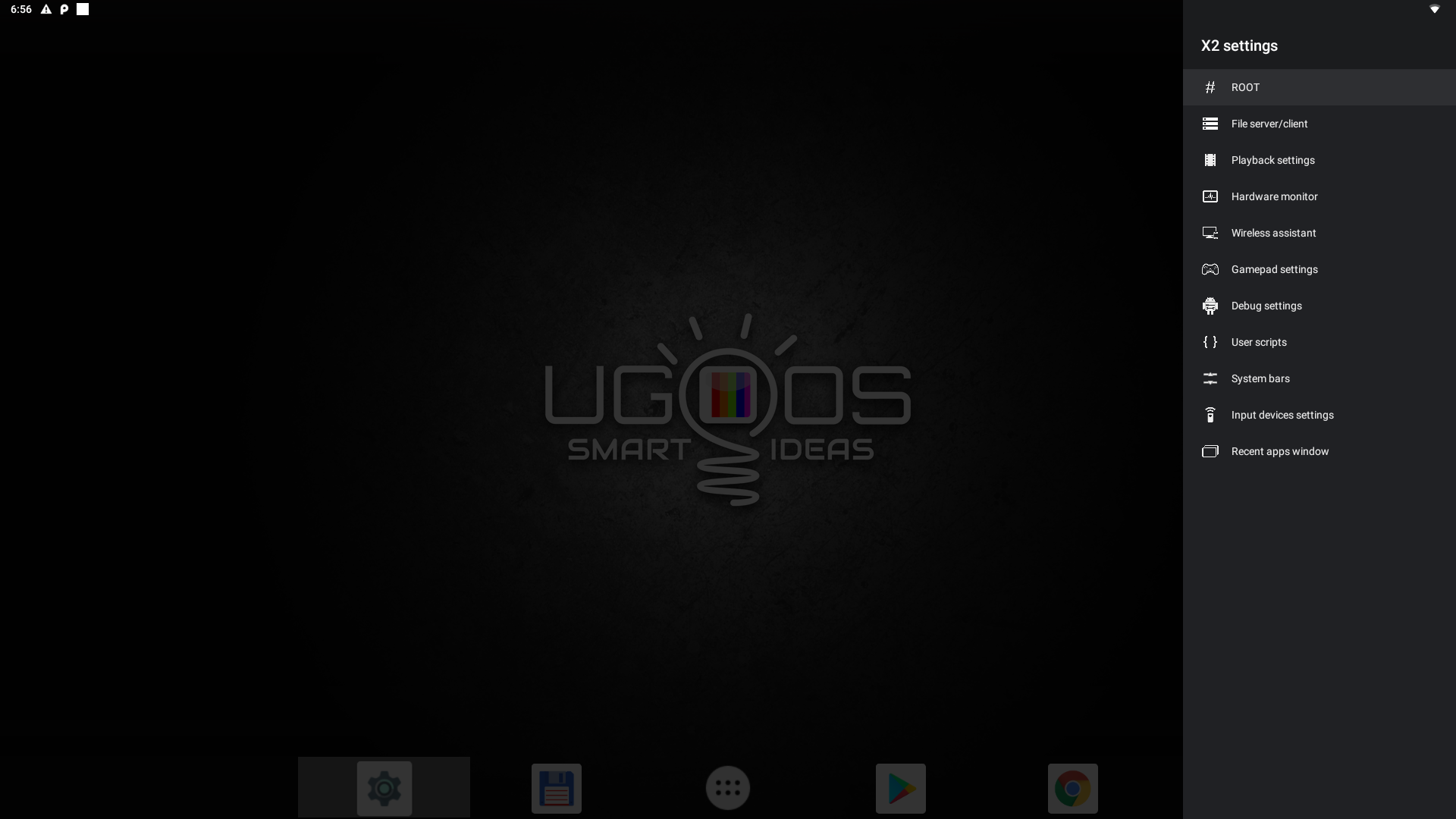 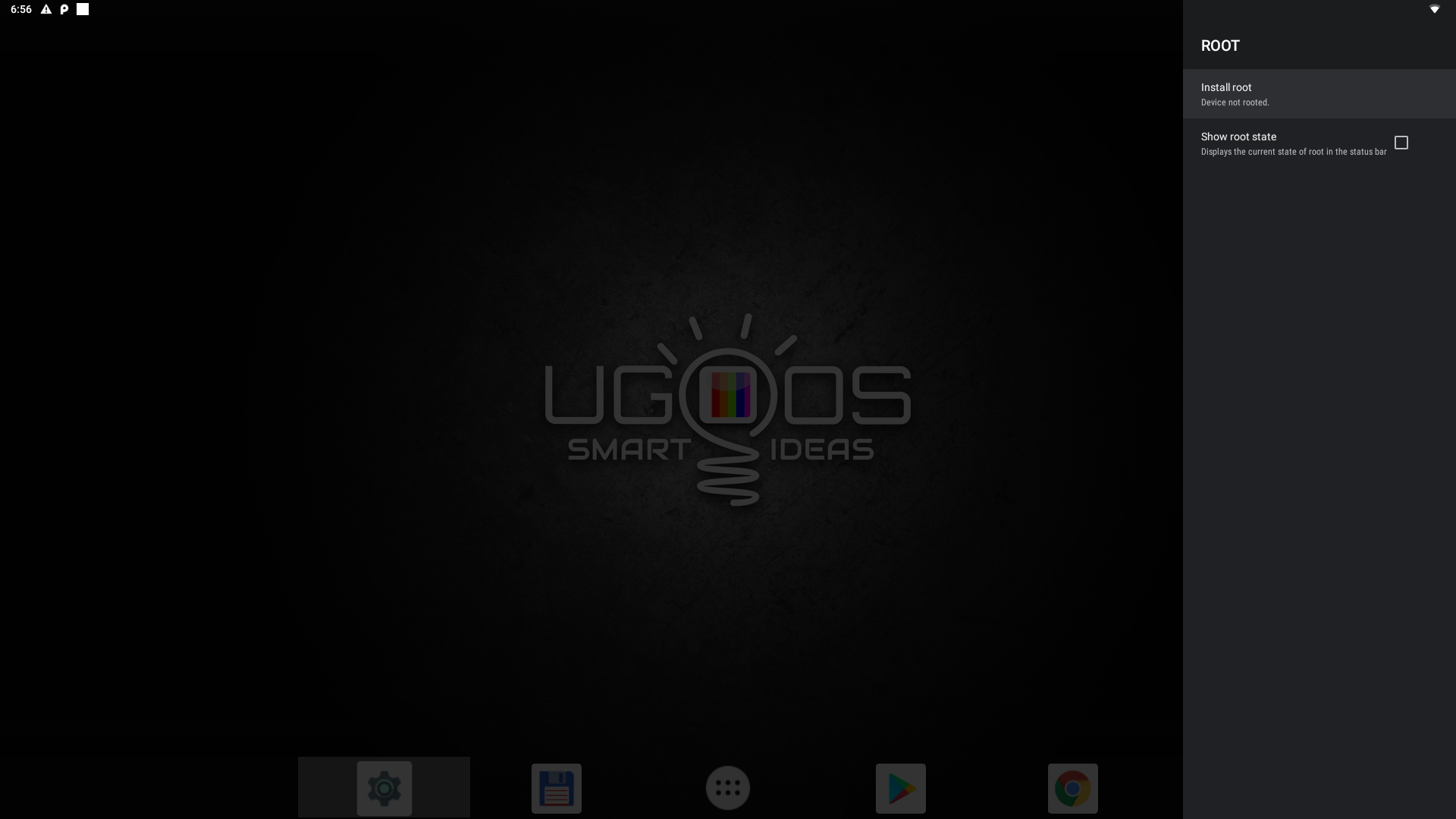 Note: If Root has been enabled on android you should see the Hashtag icon in the top right of the screen to indicate that your device is rooted. 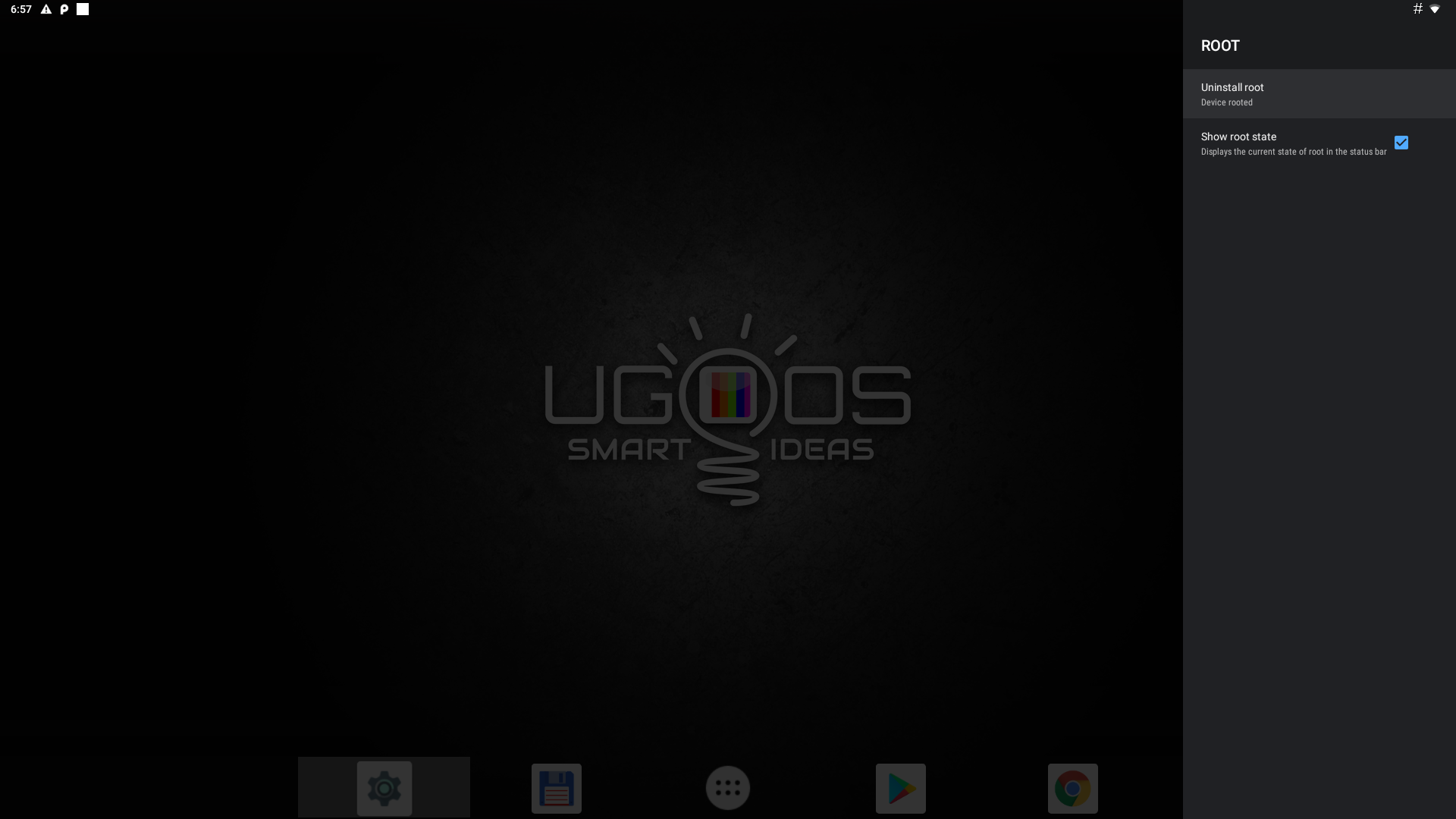 Android based TV boxes come in two flavours: AndroidTV and Android Open Source Project (AOSP) based. AndroidTV is the slicker interface, typically referred to as “Google Certified” with full resolution Netflix and the like. Unfortunately AndroidTV is also a lot more locked down and will prevent some features from working. You will have much better luck with Android AOSP based devices.

The Launcher is the app in Android that automatically starts when the device boots, it’ll typically show you a grid of icons to launch various apps. The device should allow the Launcher to be changed from the default launcher that came with the device to the TelemetryTV Media Player App.

There are two methods to deploy on Android, through the Google Play Store or directly loading an APK on the device. The APK method is preferred for a number of reasons, especially when you are deploying a larger number of devices. This guide covers the use of the APK install.

☝️ Your device must be rooted to install our APK.

Ensure your device is rooted. Some devices come automatically rooted, some will require a special ROM to be flashed and some have a switch somewhere in the device's settings.

Ensure the device you have meets the requirements as above. Setup your device and power it on, configure its networking and then visit the following URL within Chrome:

You’ll need to provide permission to install the APK. Once installed, ensure that you set the Launcher app to be the Launcher (it will ask you to do this when you press home on the remote control) so TelemetryTV seamlessly boots when the device starts up.

Pairing is only suitable when you’re setting up a small number of devices (e.g. less than 5). However, if you have many devices to set up, you should use Provisioning. 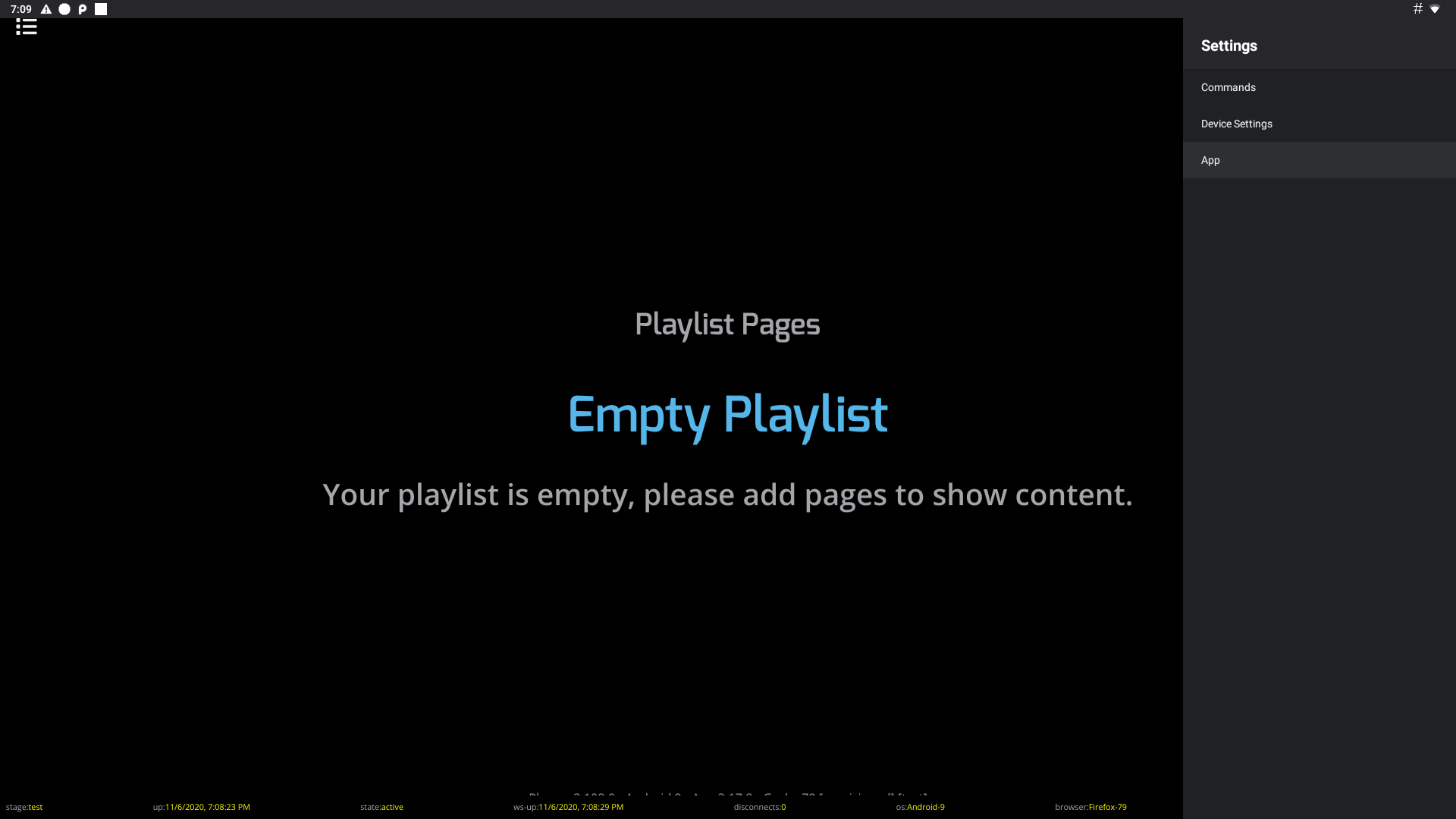 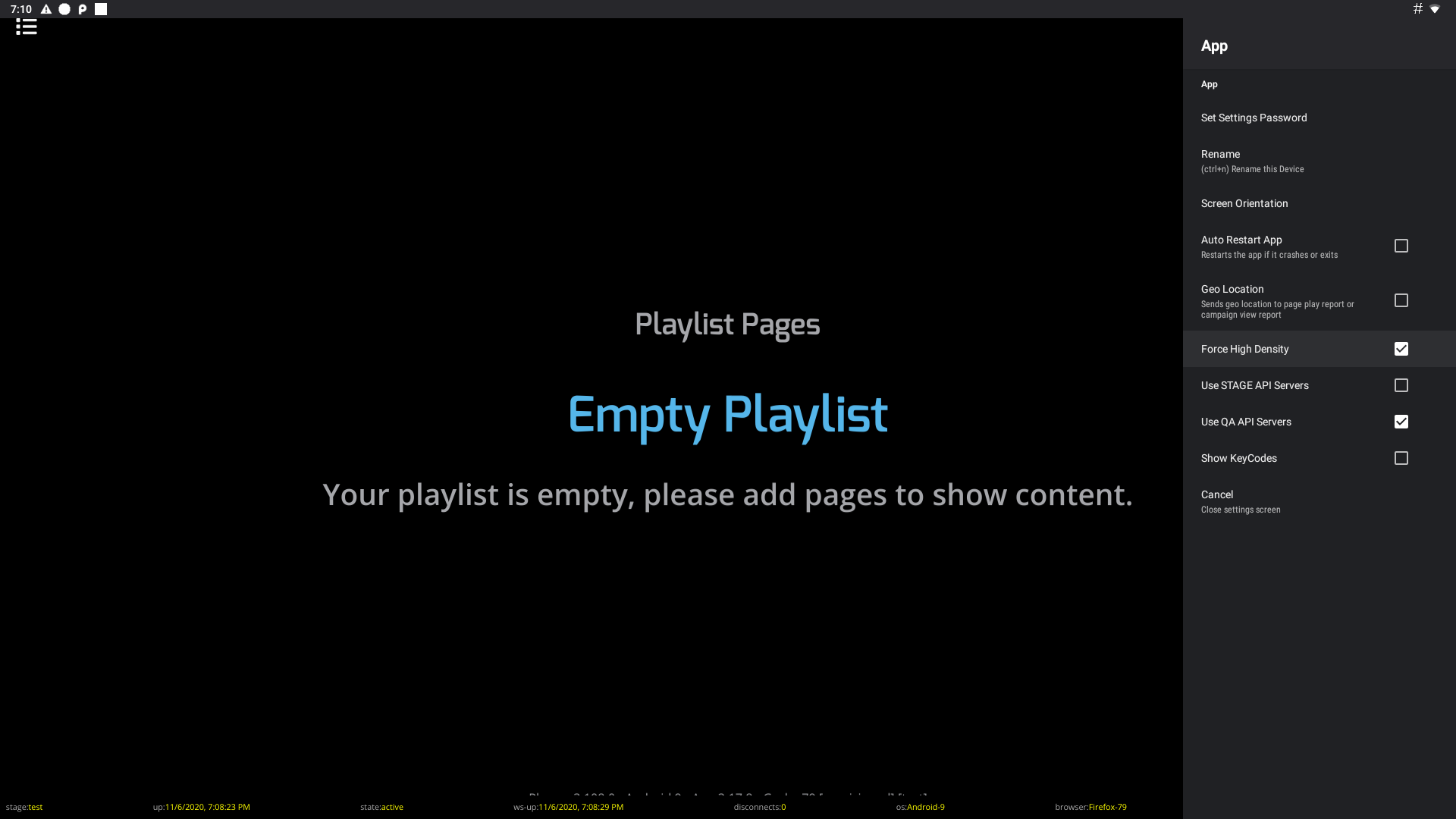 You can set a password for the Android App by following these instructions.